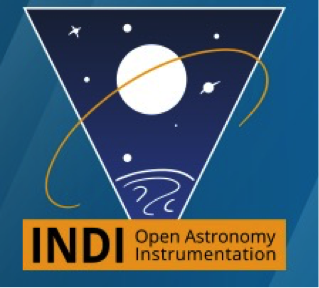 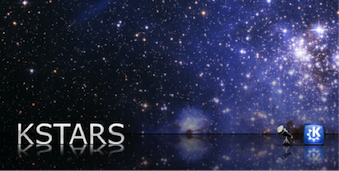 In 2016, through an email message from PixInsight, I found out that PixInsight was going to support the INDI protocol.  At the time I did not know what the INDI protocol was, and I was intrigued when I found out that INDI was a system that worked a lot like ASCOM in that astronomical devices connect to the INDIServer and then the devices are shared to all the different programs that want to connect to it.  However, unlike ASCOM which only works on Windows computers, INDI works on Mac OS X and Linux computers.  Even better, unlike ASCOM which can only share devices to programs on the same computer, INDI can share the devices to programs on any computer on the network in addition to the programs on the same computer.  INDI is not yet as refined as ASCOM and it doesn't support as many devices as ASCOM does, but the platform is improving every day and it has a decently large group of developers from around the world working to make it even better.  There is also a very strong users community online that can help you with any problems you encounter.  And I can say that it does support every astronomical device that I have.

Once I found out about the INDI protocol, I started to explore some of the programs that support it.  There are a number of Mac and Linux programs that work with INDI in a similar manner that the Windows computers work with ASCOM.  These include popular programs like Cartes Du Ciel, PHD2 Guiding, Stellarium, HNSKY, Xephem, and KStars.  I tried a couple of these programs out and very quickly I found that KStars, a totally free planetarium program, had an awesome astrophotography suite called Ekos built into it.  At the time, it was Linux-only, so I was trying the software in a virtual machine.  It was not perfect, and still had a number of bugs at the time, but it was one of the best Astrophotography programs I had ever used and it was full of practical features.  I saw a lot of potential.

I started helping out with KStars by providing suggestions on how it could be improved and feedback for the developers.  But then very soon thereafter, I found myself applying my programming knowledge and making my own improvements to the software.  After awhile I found we really needed a Mac OS X port, so I started to focus my efforts on that with the help of several other people.  After a couple of months we had a fully functioning Mac OS X version wrapped up in a dmg and posted on the website.  Once the Mac OS X version was working, I continued to make other improvements in Ekos and KStars.

I hope that in these articles, you can learn more about how KStars and INDI work, how you can get set up to use them, and even how you can make improvements to the code if you desire.

Published: 03-21-2018 Hits: 2637
Astrophotography with INDI, KStars, and Ekos on a Raspberry Pi
Before you get really hungry, let me tell you that you cannot eat a Raspberry Pi; it would not taste very good.  You ...
Read more

Published: 03-21-2018 Hits: 1717
Astrophotography with INDI, KStars, and Ekos on a Raspberry Pi The Sequel
As I described in my previous article, I embarked on a “maker” project.  I have been ...
Read more