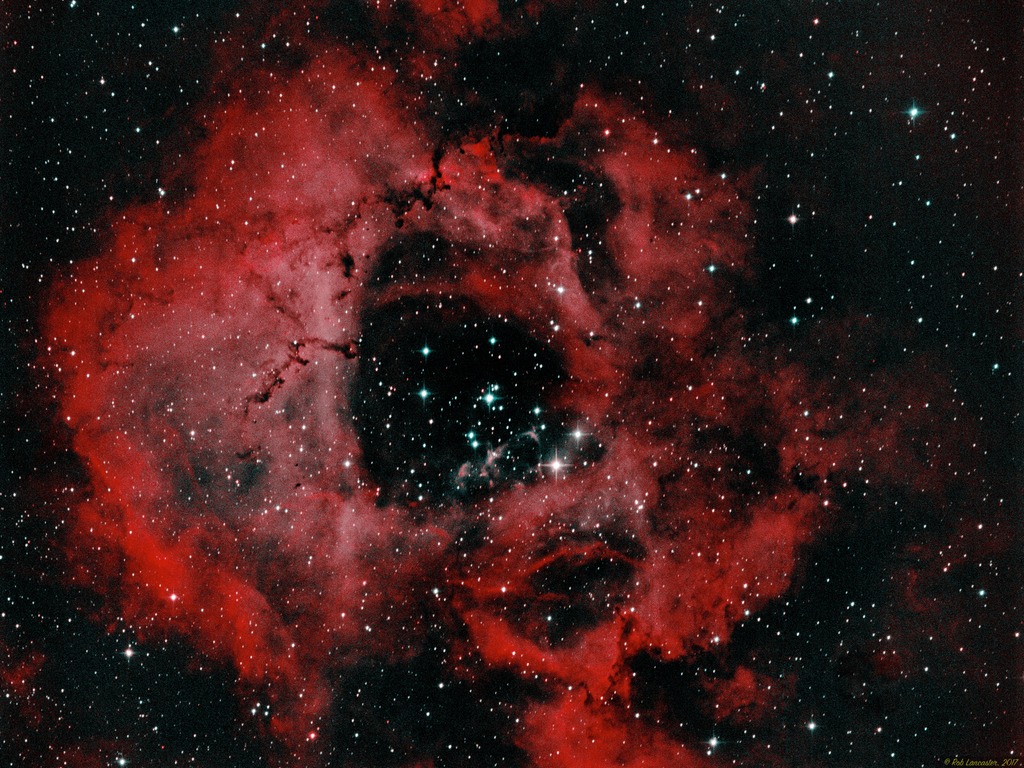 Here is an image of the Rosette Nebula that I did last night (December 20th, 2017).  This is 8 Ha and 8 OIII images that are 5 minutes apiece.  I was planning to collect a lot more data, but I had some distractions and did not get my equipment set up as early as I wanted to.  But my guiding was very good the whole night!  The stars are ever so slightly elongated because I included the very first image that I took, even though it was taken before I autofocused.  I didn't mean to include it, but I finished the processing and then realized it was in there. Also I need to take new darks, since I used a very old master dark for the processing.  But, its still pretty good even with those issues.  I might go back and reprocess it after I take more darks and I might even get some more data to improve the signal to noise ratio.  And of course toss the out of focus image.