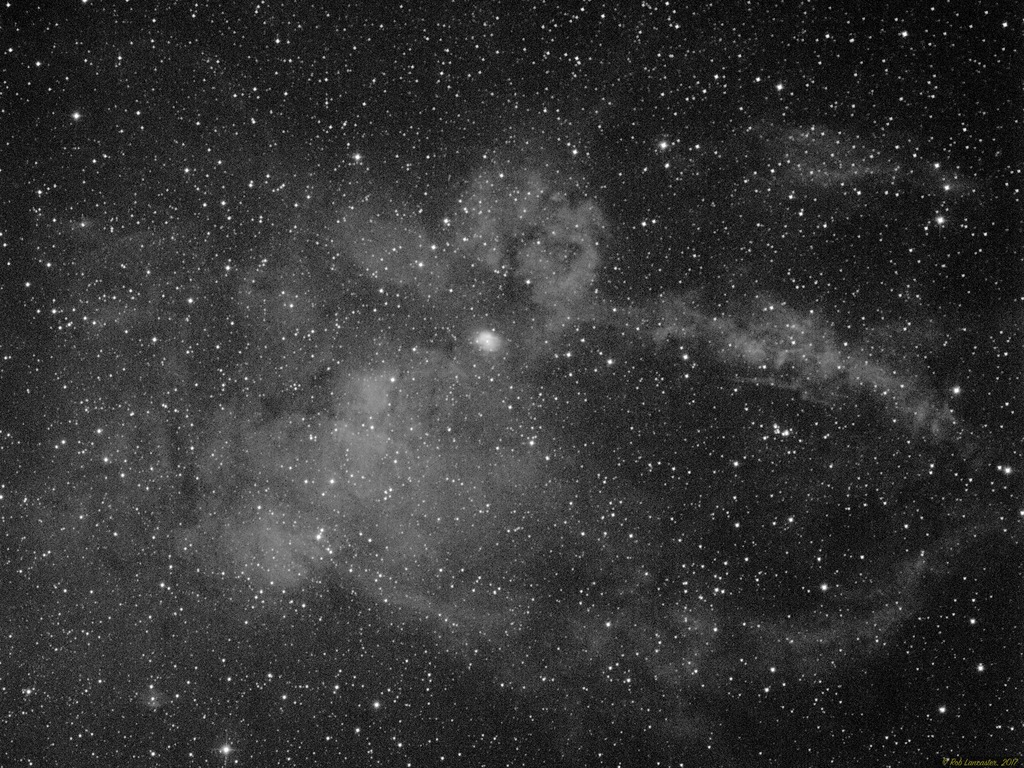 On November 17th, I solved a huge problem I have had with guding.

First, a little backstory, I have had some strange issues with guiding that I could never quite pin down for quite a long time.  I do know that the primary reason this keeps being a problem is that I have never sat down to do a real scientific guiding experiment to rule out different variables to pin down the exact cause.  But I have tried different software packages, different methods, and I even took apart and cleaned my entire mount.  Recently I went to a friend's house to help him with his setup and I was surprised when he was getting sub-arcsecond guiding.  He has the same mount that I do, the same cables, and pretty much the same system.  The only big difference that I can see is that he is using the ST4 auto guider cable and I wasn’t.  I have only ever used the computer -> mount RS232 connection for guiding.  I never really tried the ST4 cable.  So last night I tried that, and what do you know, I had much better guiding.  When there were no clouds, it was almost as good as Ron’s and even when there were clouds the star didn’t jump more than 5 arc seconds.    I plan to do a more extensive experiment in the near future, to see if that is really the problem, but the initial results are very promising.  For the first time, I had to throw away exposures due to clouds but NONE due to guiding errors.  That makes me very happy, even though there were clouds.

During my test, I decided to image the Claw nebula, near the bubble since I haven’t done it before and thought it would be a good target.  The clouds were not too cooperative, so I had to discard about 2/3 of my images due to quality, But this is what I got from a stack of 5, 5 minute Hydrogen Alpha Exposures.  Please note that the scope was not collimated, so the stars at the top right look like plus signs, but the stars at the lower left are nice circles.  Thats fine.  I plan to go back and image this nebula again when there are no clouds (and a more careful collimation).  I think its a really cool object.  That bright nebula in the middle looks like an eye and the claw kind of resembles a beak.

In addition, I did a bunch of work over the last few days on major revisions to my workbench area in my workshop.  I ripped down the whiteboard, cleaned up the wiring, added some reinforcement, put it back up, added the monitor I was describing last month on an articulating arm, made a shelf for my laptop and radio, and installed a really nice workshop power strip.  I was doing my astrophotography sitting there last night.  It was a huge improvement to my workshop!   That 34 inch monitor is awesome.  Here is an image of the screen during my imaging session: 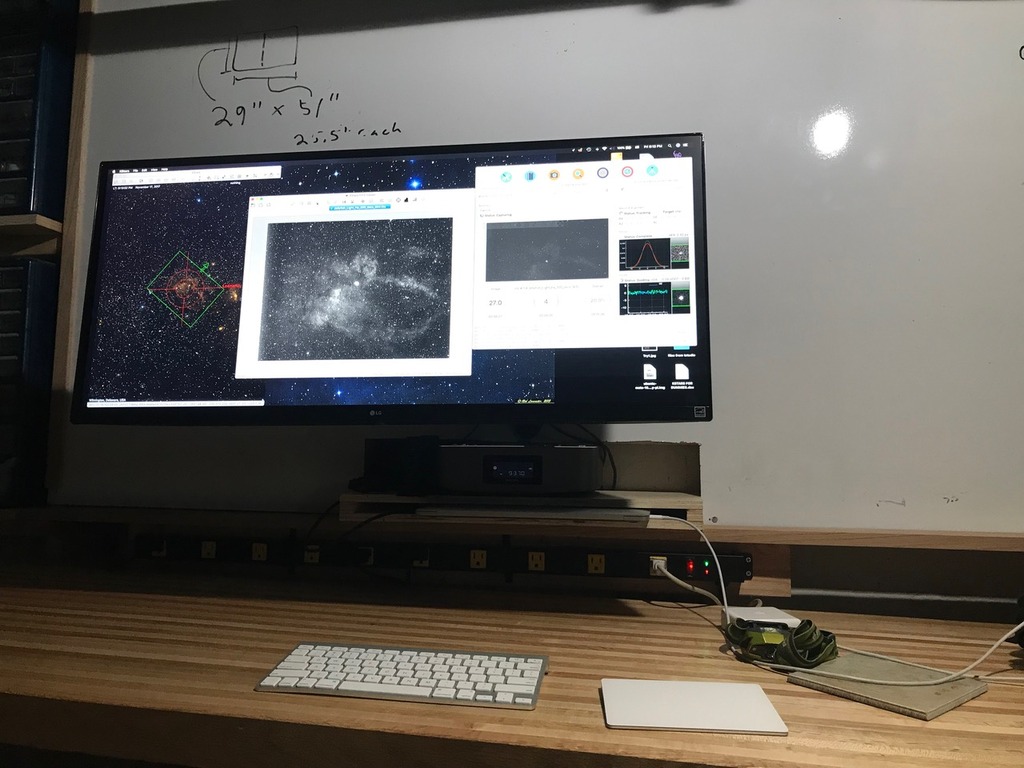