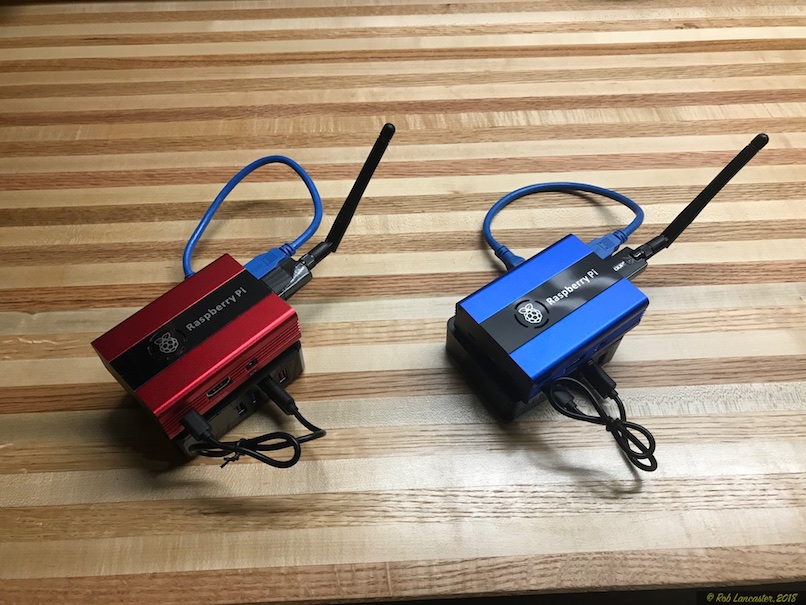 Once I found out about the existance of INDI and KStars in 2016, I realized that I could install them to run on a Raspberry Pi.  Then the Raspberry Pi could be connected to all the devices and serve them up over the network for my computer to use remotely.  Or alternatively, the Rapsberry Pi could be setup and programmed to run the entire imaging session and it would be like a self-contained astronomy gadget.  I was really excited by this proposition so I bought a Rasbperry Pi and started working on getting it set up to do that.  After I worked out a set of procedures for getting it all set up, I shared it with some other people on the INDI forums who were doing the same thing I was doing.  We worked together to improve each other's setups.  Then in 2017, I turned my instructions into a script that can be run to get the PI or other SBC all set up for imaging.  The other people who were working on their own systems typically turned theirs into an image that can be downloaded for the Raspberry Pi.  I hope that the articles on this page can help you to learn how I got my Raspberry Pi and other SBC's all set up for Astrophotography, and how you can do this too!